Released in 2008, the first generation of Pil-Pit was a great success and remains a reference today.
Simple and robust, it offers good tolerance at low speeds, its strong roll and its short travel at the controls give it great manoeuvrability.
A fairly good dive and speed potential allow its pilot to enjoy the pleasures of skiing under wing.
It has also been used extensively for speed-flying because it has good support and sufficient resources to land safely.
This effective management was also a reproach of the pure and hard skiers who wanted a very biting wing, not saturating in speed in order to be able to ski at full speed without taking off. Pil-Pit 2 was born from this reflection. 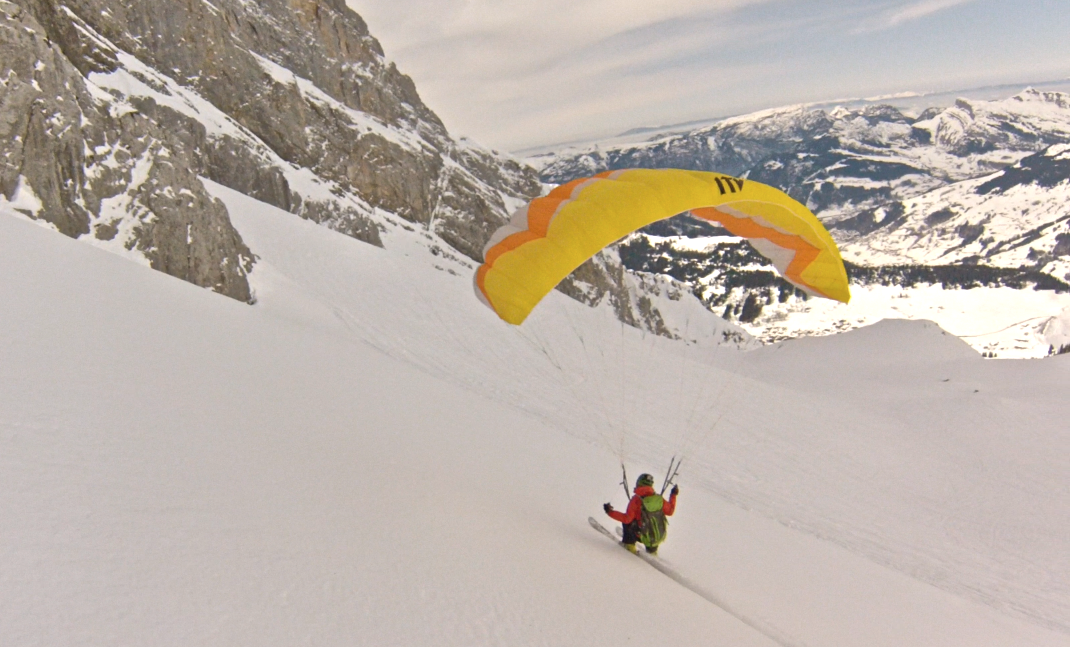 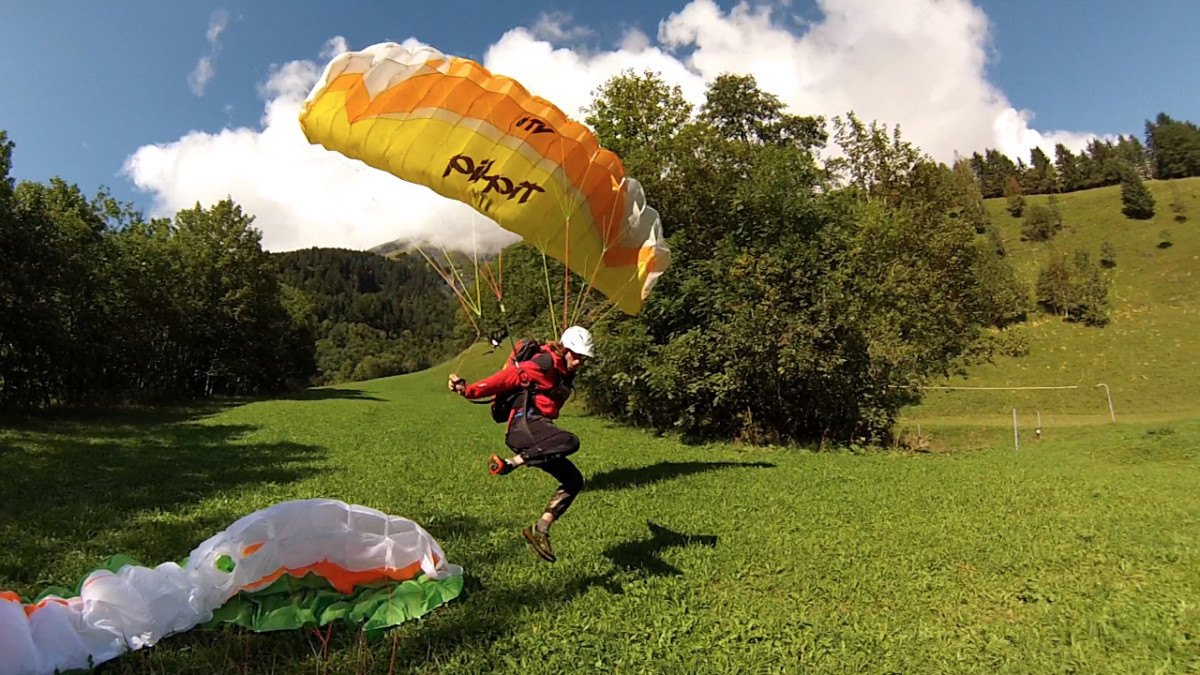 With the Pil-Pit 2, ITV wanted to satisfy the expert skiers looking for a glider to ride at full speed without being bothered by a glider that handles too fast.
The bet is won, the Pil-Pit 2 gains in dive and the wing is made rather discreet during the phases of ski, leaving the pilot free of its movements and its trajectories.
It remains quite tolerant at low speeds thanks to a very solid leading edge, but it lacks a little resource and its low glide limits its use and versatility a little.
The roll remained very present as on the 1st generation, offering a handy wing and dynamic barrels. 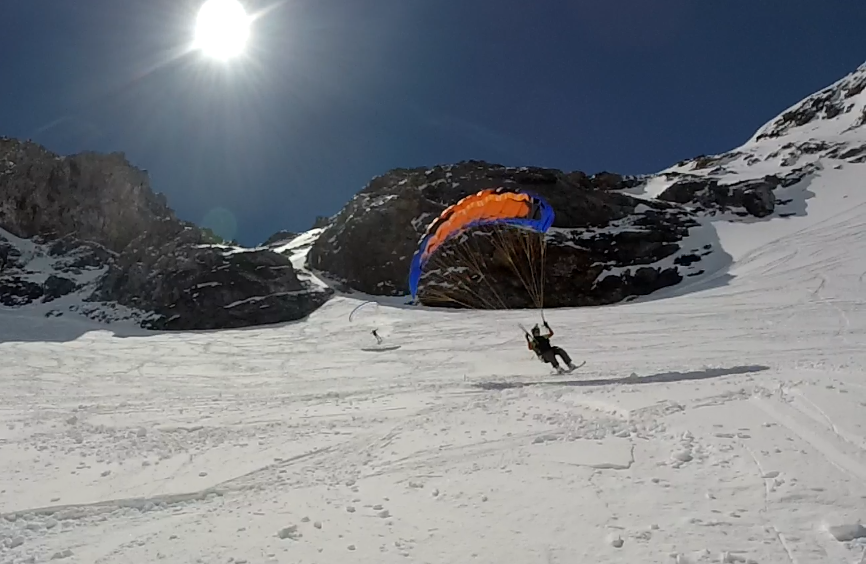 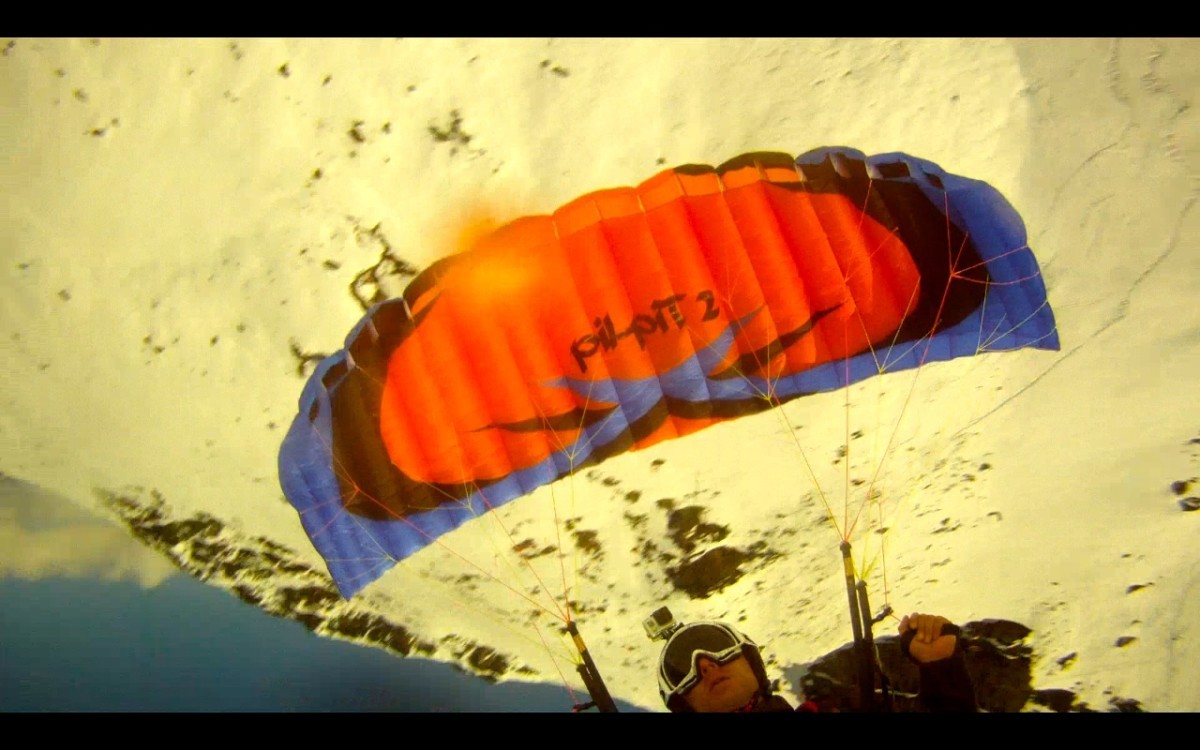 The 2nd generation of Pil-Pit did not please everyone, so ITV wanted, with the Pil-Pit 3, to reconcile the fans of the first two generations Pil-Pit by creating a mix.
The bet has been partially won, resulting in a wing that is very close to the 2 but which gains in glide and resource, offering a wider and less elitist range of use.

The Pil-Pit has kept its solid leading edge which gives it great tolerance at low speeds and load shedding.
The point of stall on skis arrives late but without warning and in a brutal way. The yaw being rather important, the sail tends to stall by half wing. As it tries to regain speed after the stall, this half wing swells dryly in the back, pulling and destabilizing the skier backwards.

The dive has increased again, as well as the glide and the resource, but the Pil-Pit 3 remains less efficient in glide than its competitors and it still lacks a little resource.

The controls are firm and the travel relatively short.
Small but efficient, trims are however difficult to handle.

As for the first two generations, the Pil-Pit 3’s favourite field remains skiing. You can safely tackle steep slopes with good speed potential, go from big to small curves with the assurance of a wing that follows the pilot without hindering his skiing phases thanks to a roll and a yaw very present, which can however destabilize some pilots.

A wing with character that you should try before buying to make sure it matches your flying style.
Generally speaking, Pil-Pit are wings for intermediate to expert pilots.
Pil-Pit pilots wishing to begin with a Pil-Pit will need a very good level of skiing and experience under canopy (paragliding, parachute) will not be luxury. 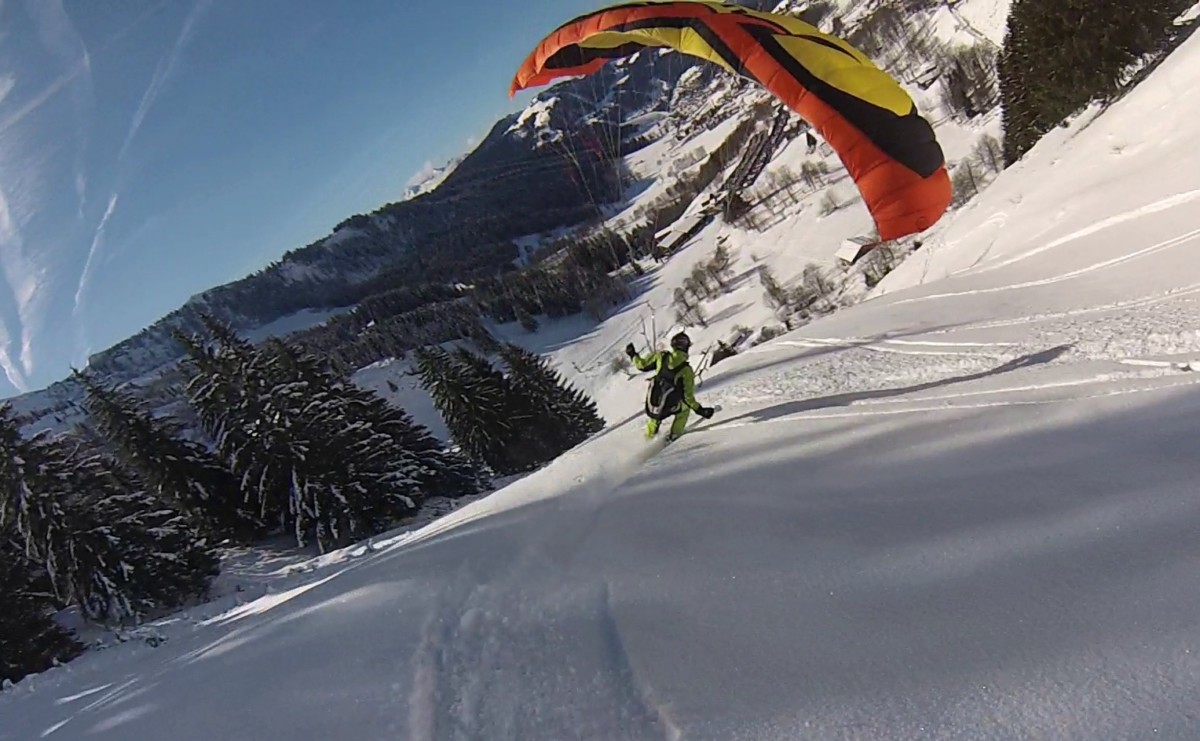 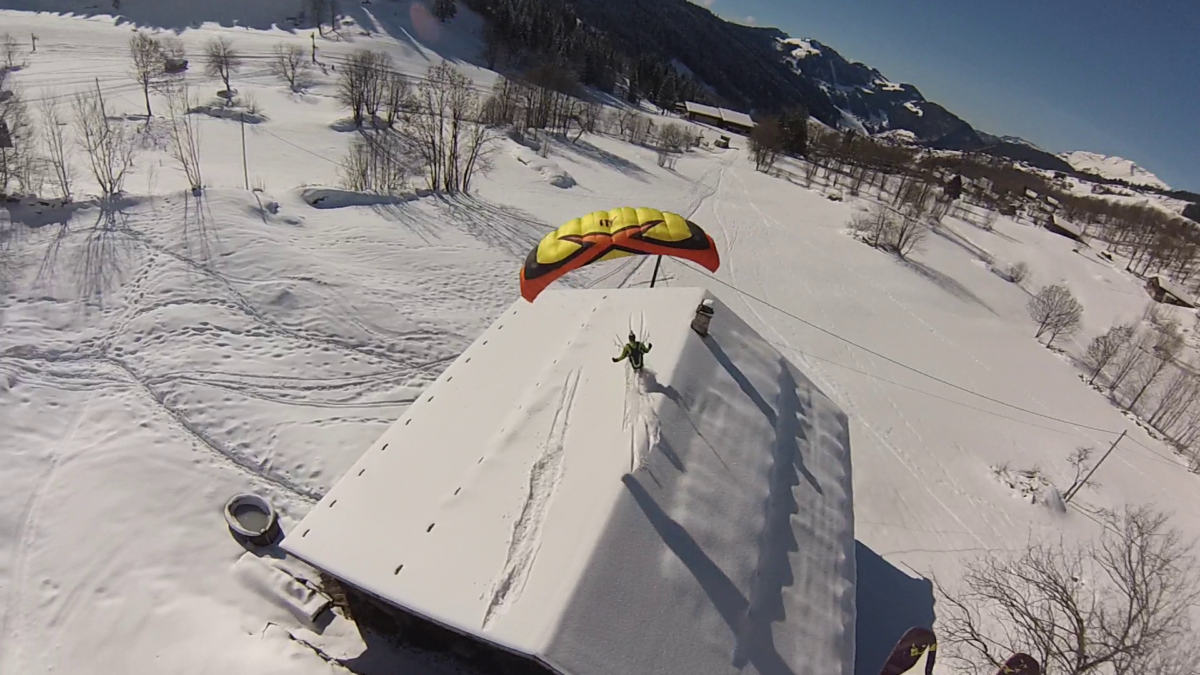 The Pil-Pit 4, of which you can find the test HERE, is a successful evolution of the 3rd generation, with a very close but more coherent behaviour.