The Attak is the new mini sail from SOL, it can be a main or secondary wing for hiking, inflating or soaring in sustained wind.

Elevators are a nice surprise, as they are very careful for this type of sails.

They are equipped with trims and an accelerator, which is rare and very practical for laminar soaring, and sustained wind flight a little turbulent.

The fully sheathed line is simple and clearly legible for detangling.

The fabric looks sturdy and should withstand harsh terrain.

The wing profile is reminiscent of the typical speed flying wings.

The elongation is very moderate for this type of kite, one feels a willingness to favour safety over performance.

The whole is not very heavy but we are far from the mountain sailing, and to walk every day, we won’t find it very light.

Inflation is easy and obvious, the wing is well fitted, refocusing is almost not necessary.

Despite a slight tendency to overtake, the pitch is, as is often the case with mini-games, very moderate.

The take-off handling is correct but no more. For an 18 m2 wing, we could expect better.

As on a speed flying kite, it is preferable to take good speed with your arms up before you put on the brakes to feel carried, especially without wind.

The glide is not the strong point of this Attak. You feel a good speed in flight, but despite a low wing load, the drop rate remains high.

the turns result in a significant loss of altitude and one quickly understands that it is not a wing made to wind the thermals.

The controls are responsive, the response is quite direct but with a relatively large travel. A good point for this Attak which keeps a playful but reassuring side for the novices of the mini sail.

The roll is nice, playful but doesn’t surprise you. On the other hand, it is difficult to give it an exaggerated size in wing-over. Again, this is a good point for beginners.

The resulting closures do not cause any alterations of course with a slight change of course against the fifth wheel. The sail remains very well built and only needs to be reopened. 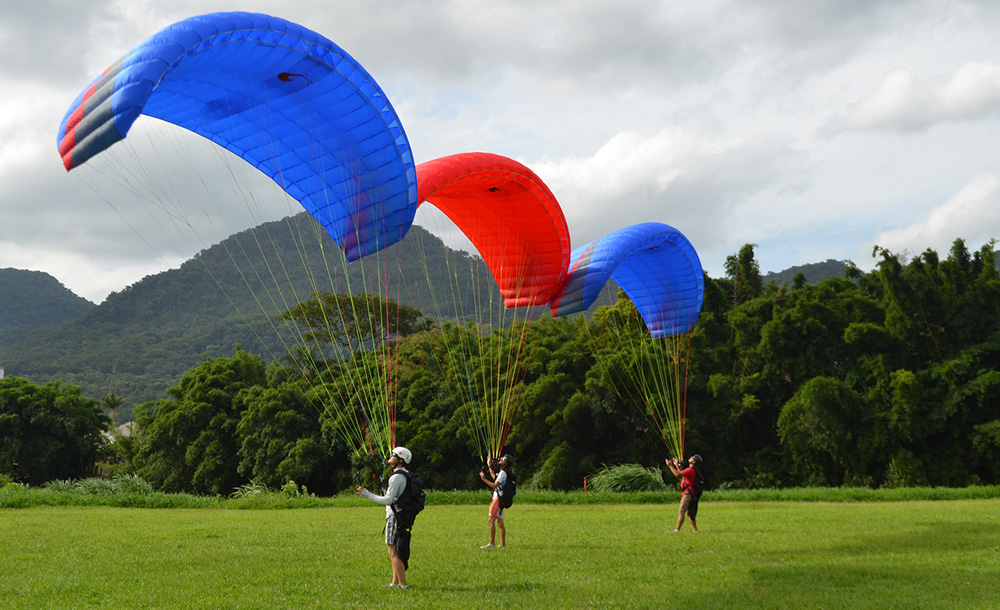 You feel very safe under this Sol Attak. It will be quite suitable as a first mini sail for pilots who already have flying experience and wish to stay in fairly large areas. However, we regret the lack of glide and the high drop rate in turns, which makes it lose versatility. For such surfaces (in any case 18 and 20), the reactions of the sail are a little too close to those of a speed flying wing. Small PTVs will see a slight mismatch between their size and behaviour, while larger PTVs will find a good kite to start speed flying. Its quality of manufacture and its robustness will make it a good soaring wing, but by strong and sustained wind to compensate for its lack of performance.